6 Comments
By Nobody Comics, Spider-Man, Superman

Though the story inside was illustrated by Curt Swan, the cover of Superman #403 was drawn by Eduardo Barreto and bears a date of January 1985: 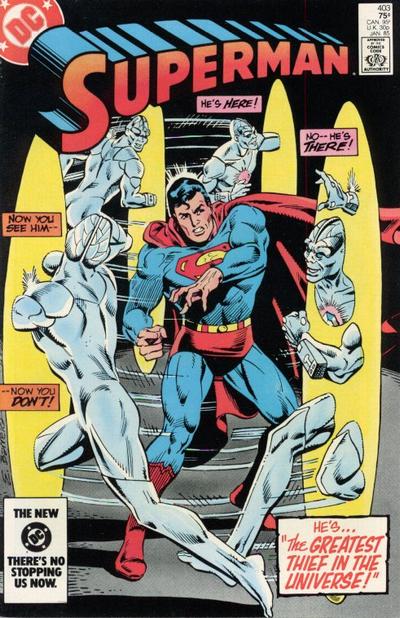 I’ve had that issue of Superman since I was four years old, but I only just came across the cover of Spectacular Spider-Man #99, illustrated by Al Milgrom, cover date February 1985: